What do you call it?

Most of us know that tea and cha are referring to the same drink. But I wonder how many of us have actually thought about why people who live in different parts of the world call it by different names. I recently read a book called Tea Ceremony History by Akio Tanihata from Tankousha, Japan and finally learned the answer to this mystery.

According to this book, there are only two major groups of people in the world who call this drink by different names. The first group is called the Cha or Chai group. This pronunciation was based on the Cantonese pronunciation “Cha.” This group includes countries such as Portugal, Korea, Japan, Mongolia, India, Arabia, Russian, Poland, Iran, Turkey, Greek, and Albania. The other group is called the Tea or Tay group. This pronunciation was from the Fujian province dialect “Te”. English speaking countries, France and Italy all belong to this group. 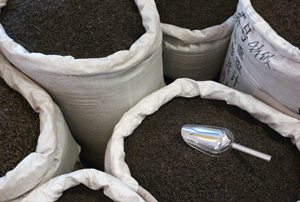 Canton was the first port city in China history that was allowed to have international trading with countries that knew how to find their way to Canton by sea in the old days. But later, China opened a few more port cities to offload the trading traffic in Canton city. Fujian was one of them. Now, based on what people call tea, you can guess where their first contact or root was for tea trading in the old days: Canton or Fujian. Interesting isn’t it?

This entry was posted in Tea 101 and tagged Story. Bookmark the permalink.